Welcome to the homepage of Dr. Ryan Jesperson - composer, arranger, pianist, and educator

Some new music finally coming around. It's going to remain a secret for the moment, but a new work for violin and cello will be performed this summer.

So there's this pandemic...was going to have a great premiere of a work by Janet and Jordan Jacobson and HICO, but that's been delayed. Other works as well. See you at a later date...

Another long hiatus updating the website. The day job has kept me traveling and working so I have had less time to compose. But that didn't stop some existing pieces from traveling abroad without me. The Prometheus Duo is taking Icarus on the road to Serbia for multiple performances in October. I'm also working on some arrangements and new works, hopefully for spring 2020 premieres. Stay tuned!

Woody Witt and Pamela York will be premiering a new work this spring called Attention Deficit...Squirrel. It's a work that is highly improvisitory and in the jazz style, and will be performed across the state of Texas throughout 2019. 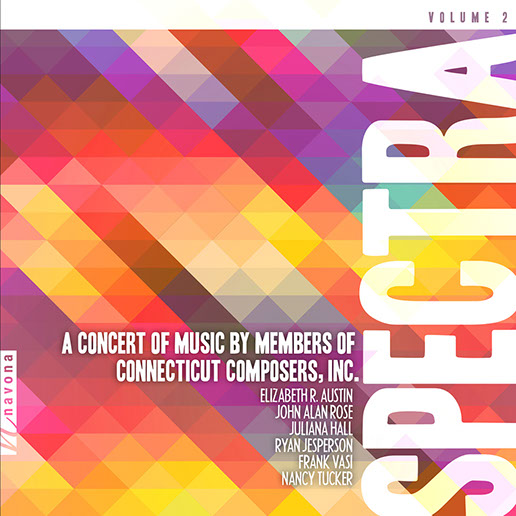 Navona records has released my work Icarus as part of CCI's compilation, "Spectra vol. 2". You can read about it Here and buy it from all the usual suspects. A big thanks to Joey Abad and Marko Stuparevic for recording the work!

More performances and more music coming up! In May, my new brass trio will be premiered at the New Britain Museum of Modern Art. It's called High Times for Low Brass and is a strange mix of genres and levels. I'm also hard at work on Dan's Trumpet Sonata and a new work for Trombone and Violin, a vocal jazz piece for my friends Jenn and Shon, and some incidenal music for a poet and chamber ensemble. I'm also starting the long term planning of a musical and a song cycle for kids, but those are way in the planning stages.

Time flies when you decide to buy a house, so while I've been busy doing that I haven't updated the site in awhile.

Coming up on March 9th, Matt Russo and the UCONN Symphony will premiere the newly orchestrated version of my first trombone concerto, "Cowiche" at 8pm. You can find more information HERE.

Next up some chamber and jazz music. I've been commissioned to write a new work for Trumpet and Piano for Dan D'Addio, and then I'm looking to write some fun music for fun performers. Want something, let me know?

New Recording! Listen to John Hart and the Hartt Wind Ensemble premiere Yet what is any ocean but a multitude of drops?! They did a fantastic job with the work and the recording came out quite well. Enjoy!

Sorry again for the delay in posting. Coming up in April, Glen Adsit and the Hartt Wind Ensemble will premiere Yet what is any ocean but a multitude of drops? in Hartford, CT. I'm also at working on a commission for the Army MI Corps Band that will be premiered out west in the fall. Some other works are slowly gestating, so I hope 2016 will be a lot fuller than 2015. Stay tuned for more announcements!

...but in this dark night I am stationary and time is a river is complete and in the hands of Elisabeth and HICO. Concert will be 10/10 at 7:30pm in Hartford and I'd love to have as many there as possible. Here's the poster:

April, 2020: CANCELLED! Janet and Jordan Jacobson will premiere a new violin and trombone concerto called And Violet Makes Three with the Hartford Independent Chamber Orchestra at The Hartt School.

Spring 2019: Attention Deficit...Squirrel will be premiered by Woody Witt and Pamela York in Texas.

May 14th, 2017: High Times for Low Brass will be premiered at the New Britian Museum of Modern Art.

April 29th, 2017: What we talk about when we talk in 140 characters will be performed by HICO at The CT Historical Society in Hartford, CT.

April 12th, 2017: What we talk about when we talk in 140 characters will be performed by HICO at Eastern Connecticut State University.

March 9th, 2017: Concerto for Trombone "Cowiche" will be premiered by Matthew Russo and the UCONN Symphony Orchestra at the UCONN campus in Storrs, CT.

February 2nd, 2017: Boombox Serenade will be performed by Dan D'Addio at CCSU in New Britain, CT.

October 1st, 2016: From Sabres to Satellites will be premiered by US Army MI Corps Band in New Mexico.

April 30th, 2016: Yet what is any ocean but a multitude of drops? will be premiered by Glen Adsit and the Hartt Wind Ensemble.

October 10th, 2015: but in this dark night I am stationary and time is a river will be premiered by Elisabeth Halliday and The Hartford Independent Chamber Orchestra.

June 6th, 2015: Souvenirs/Miniatures will be premiered at June in Buffalo.

May 14th, 2015: David Tayloe and Marko Stuparevic will premier A Page Out of Zen in West Hartford, CT as part of ACF's "Composers Night Out".